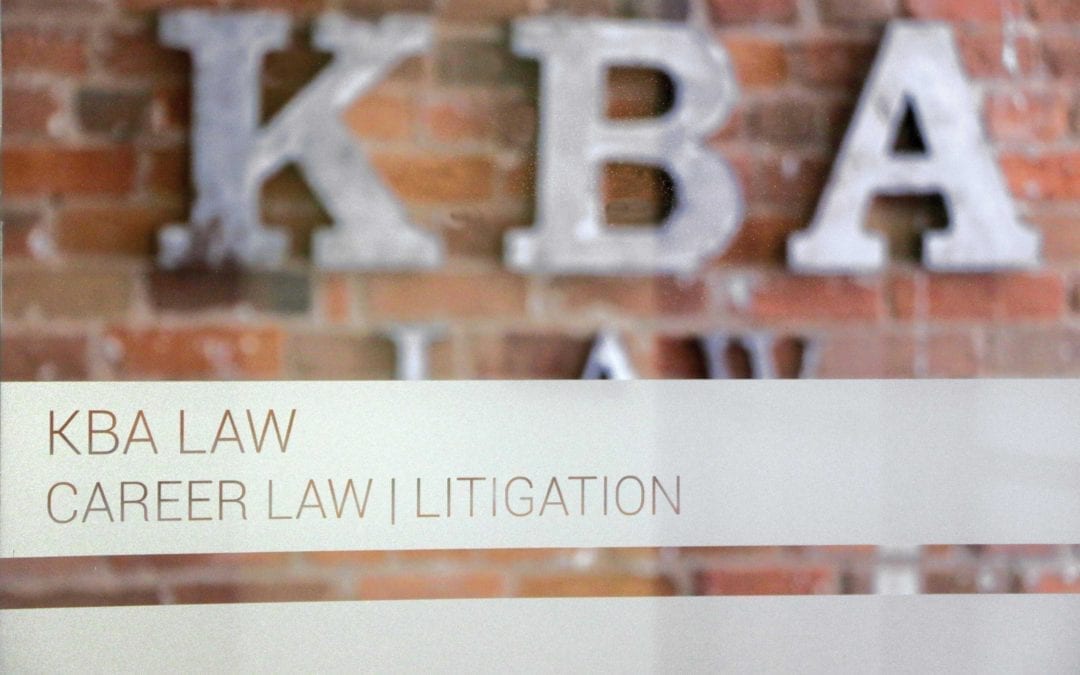 Partners are not employees of their firms. They have none of the traditional rights and remedies afforded to employees upon termination. They do, however, have their own rights derived from the partnership agreement, partnership statutes, common law and equity.

In Tim Ludwig PC v. BDO Canada LLP, Mew J., of the Ontario Superior Court, considered the alleged wrongful expulsion of a senior partner at BDO with almost 20 years’ tenure. The court held that BDO management acted in bad faith and in breach of the firm’s partnership agreement, rendering the expulsion invalid. In coming to this conclusion, the court clarified that not only does the power of expulsion have to be exercised rationally and in good faith, as the power of expulsion is expropriatory in nature, but also that provisions permitting expulsion must be strictly construed and will not be interpreted to grant unfettered discretion to expel a partner.

Mr. Ludwig is a chartered accountant and was a partner of BDO (through his professional corporation) for more than 20 years. At the time of his expulsion he was nearing retirement. In the summer of 2014, Mr. Ludwig was called into a meeting with two partners of the firm and advised that he would have to retire at the end of the year. He was told that BDO’s CEO had the absolute right to require a partner to retire and that “…..this is not a negotiation”. BDO informed Mr. Ludwig that the reasons for his requested departure were the economic downturn in the insolvency practice and Mr. Ludwig’s own underperformance, specifically his “business development activities.”

Following this meeting and despite Mr. Ludwig’s protestations, BDO management announced Mr. Ludwig’s retirement to his group within the firm. Meanwhile, Mr. Ludwig, through counsel, continued to contest the forced retirement.
BDO purported to support Mr. Ludwig’s expulsion on the basis of its partnership agreement (the “Agreement”). Article 17.4 of the Agreement provided as follows:

“If the Policy Board unanimously determines that it is not in the best interests of the Partnership for a particular Partner to remain in the Partnership, the Policy Board shall give notice in writing to the affected Partner, requesting such Partner to resign, and shall give notice to that effect to all the Partners and Designated Persons. Upon delivery of such notice by the Policy Board, the affected Partner shall be deemed to have resigned from the Partnership. The affected Partner shall be entitled to receive his/her Entitlement (to the extent applicable) in accordance with Article 11 as though s/he was a retired Partner at the date on which s/he is deemed to have resigned from the Partnership.”
In the fall of 2014, the Policy Board (comprised of seven elected representatives of the partnership) unanimously voted to compel Mr. Ludwig’s resignation, in what it submits were the “best interests of the firm” pursuant to the Agreement. Soon thereafter, Mr. Ludwig commenced an action against the firm for breach of the Agreement in which he sought damages for lost profits, retirement benefits and aggravated damages totalling over $1 Million.

In conducting its legal analysis, the court applied certain provisions of the Partnerships Act (Ontario) (the “Act”) and certain common law principles applicable to partnerships.
The most salient of these provisions are as follows:

• A partner cannot be expelled by his or her partners unless a power to do so (usually requiring a majority) has been conferred by express agreement (i.e. in a partnership agreement) (s. 25 of the Act);
• Since the power of expulsion is expropriatory in nature, it will always be strictly construed;
• As partners are fiduciaries they owe each other the utmost of good faith;
• The discretion to expel a partner must be exercised rationally and in good faith, not arbitrarily or capriciously; and,
• A fiduciary who delegates or acts under direction plainly fails to exercise the discretion entrusted to him or her.

• The decision to expel Mr. Ludwig was made by the firm CEO in the summer, prior to the Policy Board vote in the fall and was thus pre-determined, contrary to the requirements of the Agreement;
• The Policy Board failed to exercise the discretion entrusted to it by, in essence, abdicating its power of expulsion to the CEO;
• No evidence was put forth by BDO regarding why its decision was in the “best interests of the Partnership,” specifically with respect to Mr. Ludwig’s and the Edmonton office’s alleged “underperformance”;
• Mr. Ludwig was not afforded a meaningful opportunity to be heard by the Policy Board prior to the expulsion; and,
• There was an absence of evidence supporting the assertion that the Policy Board had exercised its power of expulsion scrupulously and in good faith as required.
Justice Mew concluded that Mr. Ludwig’s expulsion from the firm was in breach of the Agreement and thus invalid.

Given that the expulsion was invalid, the legal consequence would normally be that Mr. Ludwig was returned to the partnership. In light of the damaged relationship, that was not a practical solution and the court had to consider what damages were recoverable by Mr. Ludwig.

Justice Mew commented that the law on remedies for expelled partners is undeveloped, unlike in cases of wrongful dismissal in which the damages principles are well established. He held that an action for damages should lie in this case. Mr. Ludwig was seeking to be placed in the financial position he would have been in had the contract of partnership been performed. This included damages for the lost profit allocation under the firm profit-sharing arrangement to which he would have been entitled had he worked to his compulsory retirement date, along with retirement benefits and aggravated damages arising from the harm to his reputation as a result of his expulsion.

Mr. Ludwig was awarded more than $1 Million in damages for his lost profit allocation and retirement benefits, as well as $100,000.00 in aggravated damages on account of the reputational harm he suffered as a result of the reckless manner in which BDO expelled him and communicated that expulsion to the rest of the firm.

Notably, and though not raised by either counsel, the court commented that mitigation considerations which could reduce the quantum of damages, were not appropriate in this case. Mr. Ludwig was not in a position to mitigate his damages by seeking and obtaining alternative employment or income, given that BDO had invoked the non-compete clause in the Agreement, despite his forced expulsion.

Overall, this case is a great summary of the applicable principles in Ontario partnership law, specifically with respect to the wrongful expulsion of a partner. It is clear that although the relationship between partners is distinguishable from that of an employer and employee, the duty of good faith as between fiduciaries exists for a reason, and individual partners require protections in place to ensure that their interests are not capriciously or arbitrarily dismissed at the whim of an unfettered majority.